History of The GJ Lions

The Grand Junction Lions Club was chartered in 1921 by a group of hearty businessmen in downtown Grand Junction. The club started with 28 charter members whose names are on the charter documents in the Lions Club showcase at Two Rivers Plaza. As a fund raising event, the club originally conducted an annual Lions Follies at the Avalon Theater. Lions would dress up in various costumes and perform pantomime and dance acts in Vaudevillian style. This was done to the great delight of most of the community who relished seeing otherwise normal businessmen cross-dress. That is probably the origin of the same sentiment that still exists today for the annual Grand Junction Lions Club Carnival. The Lions Club Carnival actually began about 20 years later in the early 1940’s. The carnival was conceived as a way to raise money for a scholarship to the newly formed Grand Junction Community College. The carnival was offered instead of the Follies. The family event was held in the Lincoln Park Barn and raised $250.00. Somewhere in the mid 1950’s someone came up with the idea of creating an auction to go along with the carnival that we could use to raise extra funds. This was instituted with every Lion being required to sell a minimum of $25 worth of carnival tickets. The event took place year after year with a slowly growing popular turnout. It was popular then for the same reason it is now, it was great family excuse to get out in the middle of February when nothing else was going on. It was family fun and it was 100% charity because every Lion volunteered all of his time to make the event happen. Interestingly, the parade has never been rained out or cancelled due to weather. In the early 1970’s the economy started to improve drastically and the carnival grew along with it. 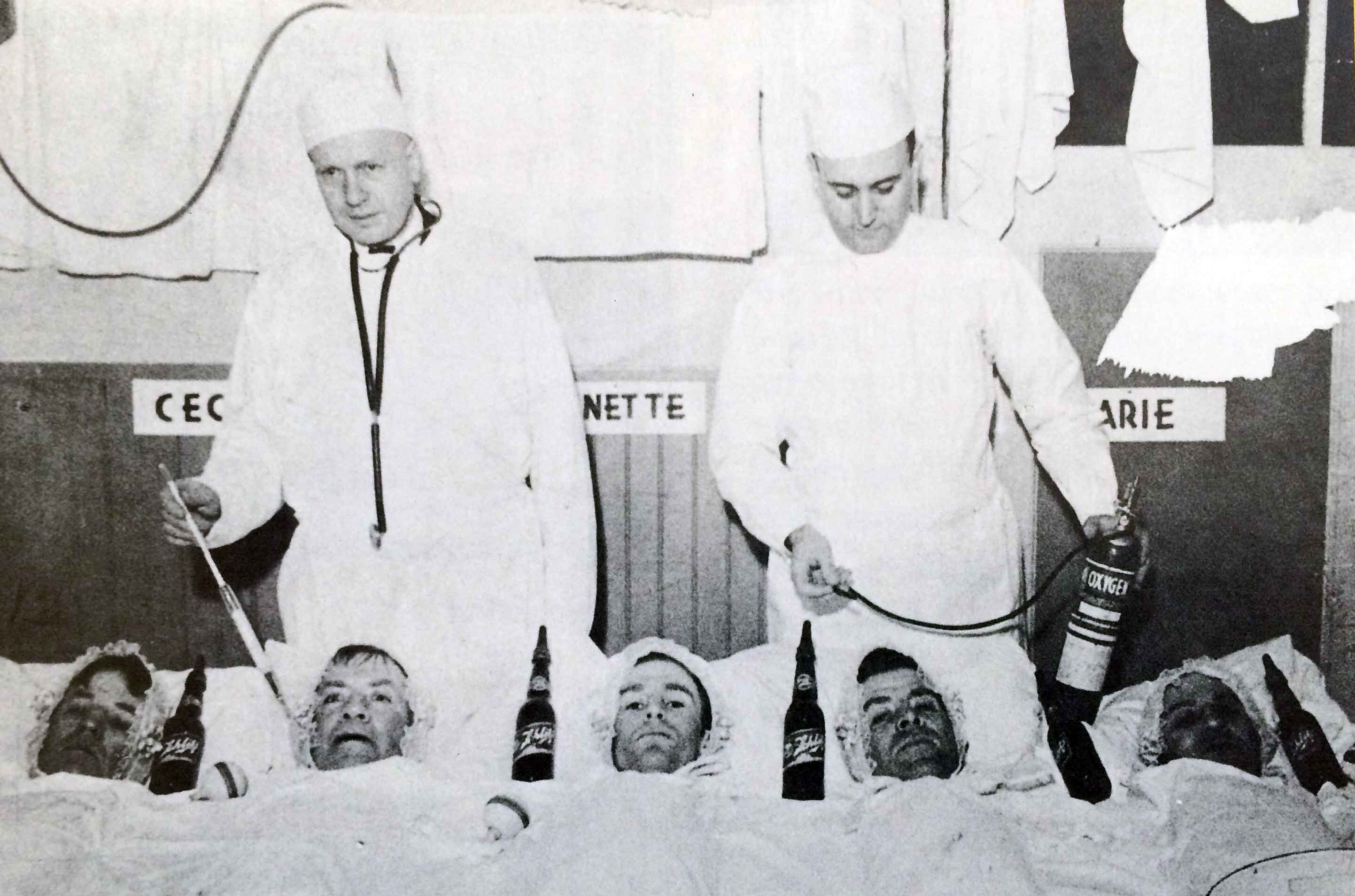 The Lions Club had also become a prominent philanthropic organization in the community. In 1971, about our 50th anniversary, the club came up with the idea of building a community center instead of giving money out to various charities. It was the first time the club came up with their own project instead of just assisting other community organizations with theirs. Two Rivers Plaza was born and became the new home for the Lions Club Carnival. Gone were the hassles of the Lincoln Park Barn. Every year the Lions had to build their booths out of scrap lumber and retool the spinning roulette wheels. Every year that created a battle for the best lumber and a fight over whether we should nail the booths to the floor or not (or not was the order of the city). The Kendall family wired the Lincoln Park Barn from the first carnival until the last one. That wiring was originally done by the founder of Kendall Electric and former president of Lions, Sparky Kendall. His son, Max Kendall, conducted it until we moved to Two Rivers Plaza in 1980. In 1975 the $25 per member requirement was raised to $100 by Lion ticket chairman Brian Mahoney. That raised quite a commotion in the club but ticket sales went from $5,000 to $10,000 that year, a milestone widely hailed as the largest and greatest event in a long time. Since that time minimum ticket requirements have gone to $250 and the gross income from ticket sales and the Lions Carnival have grown to over $200,000. 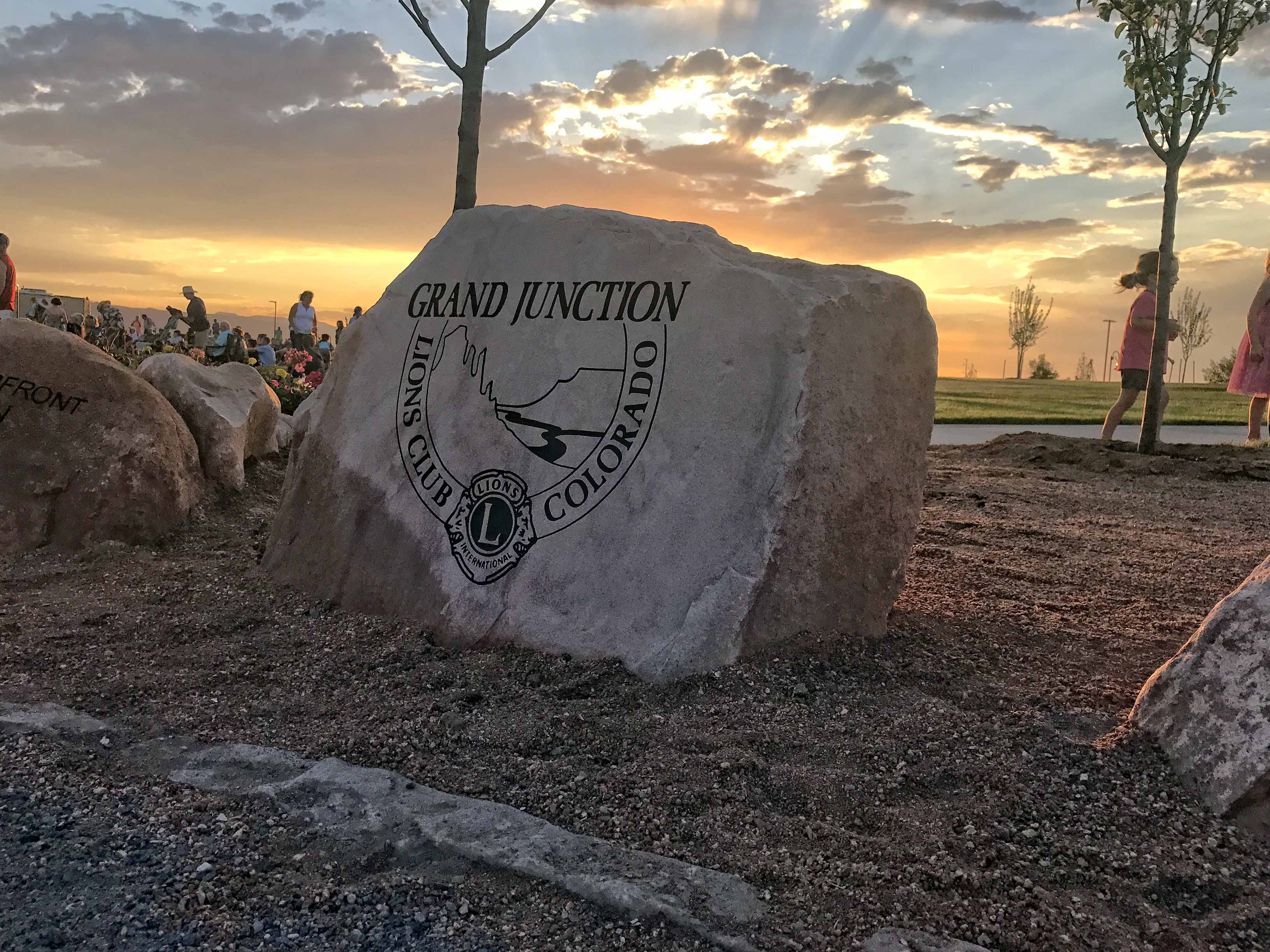 Today we are nearly 100 members strong with Lions who break their necks for 30 days a year during carnival ticket sales and the Lions Carnival. It is a great tradition revered by all the citizens in this community who regard the Grand Junction Lions Club as the premiere service in this community. The new members coming into the Lions Club have filled the committees and worked hard following the legacy of those before. The attitude and spirit of today’s Lions are as determined, yet frivolous, as our forefathers. There is no club in the world that has more fun or works harder than this one. There is no club in the world that has donated more money to its community in such a happy fashion. We have a reputation worldwide and a considerable reputation in this community. Sometimes it isn’t all that perfect, but people always give us the benefit of the doubt because of the great good that we do.